The VW Fun Cup is a unique concept in the world of motor racing that is aimed at all fans of motorsport, from novice drivers to experienced racers. This championship organized in Belgium by Kronos Events and in France by M3 is the best way to safely enjoy motor sport at the wheel of the legendary VW Beetle, transformed into a real race car that is reliable and efficient while meeting the highest standards of the FIA (International Motorsport Federation). One of many reasons this competition is unique, is the fact passengers can experience the race from within thanks to the Two-seater category.

Another of the many assets of this enjoyable competition for Racing Beetles is that many different and legendary race tracks like Zolder, Assen or Zandvoort are scheduled. Once again, the 25 Hours of Spa-Francorchamps is the headline event of one of the most affordable motorsport competitions in the world, which offers a perfect balance of fun and sport. It is undoubtedly the highlight of the championship and the fun is not limited to the race track!

The 25 Hours is a family-friendly event that offers a laid-back and enjoyable experience for everyone. With 120 cars in the starting blocks, almost 600 drivers on the entry list, 350 passengers in the Two-seater category and 33 hours of live video, the 25 Hours are a true Belgian motor sport festival! In addition, 15.000 spectators gather annually on site to attend the world's longest and most enjoyable race, with at least 30,000 people watching the race on Live TV!

With hundreds of cars assembled since the foundation of the VW Fun Cup, WRT is proud to be able to call itself the “biggest car manufacturer” in Belgium. In addition, we are very pleased with the fact that the specifications of these cars ensure that they are extremely reliable and safe. A proven reliable engine comes directly from Volkswagen Motorsport and the extremely strong AMP roll cage and the WRT assembly standards make the car very safe. The only left to do by the drivers themselves is to start their engines, put their pedal to the metal, and the fun begins!

In the mid-nighties, VW Fun Cup founders J.G. Mal-Voy, Pascal Witmeur en Franz Dubois took a piece of paper and wrote what the new series was to include: Fun, above all fun and fun above all!

To achieve that goal, the cars had be sporty, sexy, affordable, and easy to drive. The founders decided that the VW Beetle model would be the perfect car for the VW Fun Cup. The original VW Beetle was designed and built in 1938 by Ferdinand Porsche, and became one of the most icon cars in the world. The car would be recognizable and good looking, but underneath the body would hide a true race car.

After the introduction of the VW Fun Cup series, the concept proved to be a great success and its popularity grew rapidly in many countries. The first generation VW Fun Cup car was created in 1997 and named Evo 1, and would use a 1.8L atmospheric 4 cylinder petrol engine that produced 130 BHP.

The Evo 2 was born in 2010, and had an upgraded engine in the form of a 1.9 liter 4 cylinder turbo diesel engine and produced a 165 BHP. In 2012, WRT became the exclusive manufacturer of the new generation VW Fun Cup car, and introduced the Evo 3. The new generation car proved to be a real racer. The Evo 3 has a 2.0L 4 cylinder petrol engine that produces 172 BHP. Aside of the upgraded engine, the Evo 3 is the first VW Fun Cup car to have a sequential gearbox.

Due to the big success of the Evo 3, Volkswagen returned to the series as an official partner. In 2019 the VW Fun Cup will celebrate its undoubtedly spectacular 22nd anniversary. 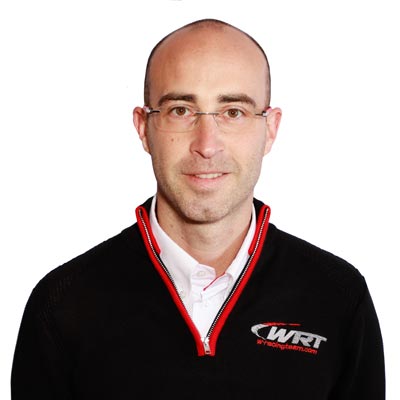 Aubin Fauconnier works as an engineer at WRT since March 2015 and is the Program Manager of the VW Fun Cup since 2017. 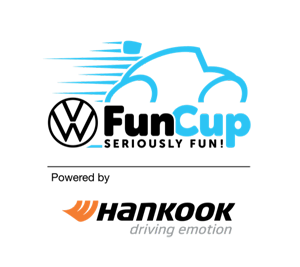