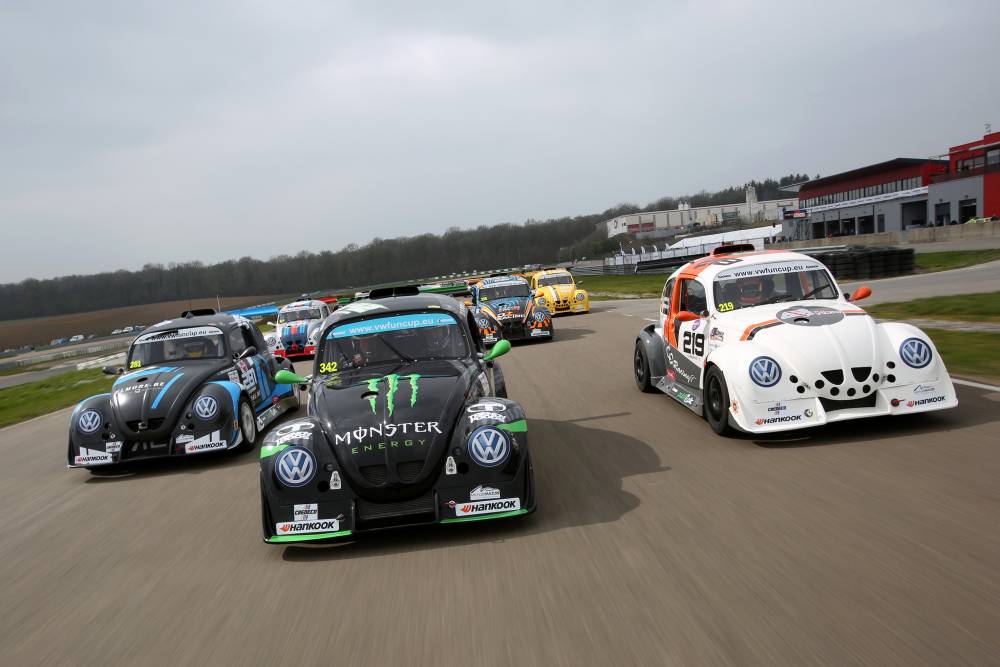 Jean-Pierre Mondron and Marc Van Dalen created Kronos Racing in 1994. In the early days, Kronos Racing had the honnor to represent Peugeot Belgium-Luxembourg to handle their circuit and rally programs.

Today, the know-how of Kronos Racing is expressed in the organization of motorsport competition on a national level. After organizing Belgian single make series in the past, Kronos Events raised the challenge of setting up a new Belgian championship for GT and Touring Cars in 2012. Besides the BRCC, the VW Fun Cup was also added to its portfolio.

Three years later, Marc Van Dalen and Jean-Pierre Mondron became world pioneers by being the first to unveil their plans for a national TCR championship. The Benelux sprint championship offered great fireworks for two seasons, but at the end of 2017, Kronos Events decided to focus completely on the VW Fun Cup powered by Hankook.

The VW Fun Cup is a unique concept in the world of motor racing that is aimed at all fans of motor sport, from beginner drivers to experienced racers, and even passengers.

The VW Fun Cup is the best way to safely enjoy or discover motor sport at the wheel of the legendary VW Beetle, transformed into a real race car that is reliable and efficient while meeting the highest standards of the FIA ​​(Fédération Internationale de l'Automobile ).

One of many assets of this enjoyable competition for Racing Beetles is that many different and legendary race tracks like Spa, Zolder, Assen or Zandvoort are scheduled.

Why does VW FUN CUP POWERED BY HANKOOK – KRONOS EVENTS partner with WRT?

WRT is the constructor of the VW Fun Cup Evo3, the third generation of the famous Beetle racing car, offering superb quality and great reliability, raising the championship to a higher level.

WRT also provides spare parts for the team before, during and after the race weekends.