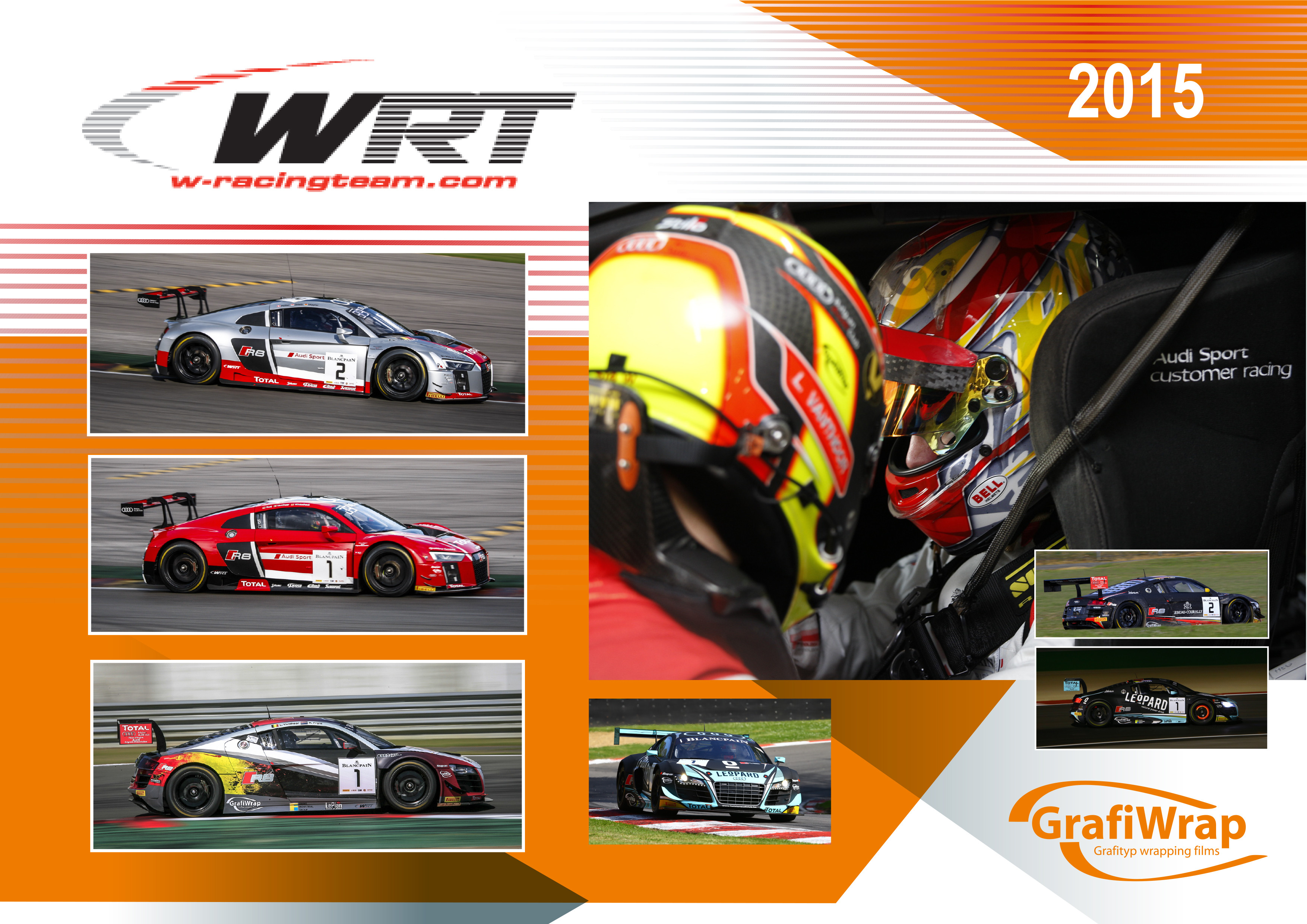 Self-adhesive films have been used for a number of years for making commercial vehicle and road signs. Grafityp are now taking self-adhesives a step further with GrafiWrap Automotive & Deco films: smooth cast self-adhesive films that embellish your vehicle and give it an exclusive look and touch. Mirrors in carbon, a matt black boot lid, a leather or carbon-look interior, the complete body in brushed aluminium, stripings that change colour depending on the viewing angle, … The sky is the limit !

The best quality for the best price.

Why does GrafiWrap partner with WRT?

GrafiWrap wants to sponsor young talent. This is how former WRT race driver Laurens Vanthoor came into the picture. In this way, GrafiWrap became acquainted with WRT and this has developed into a successful partnership for years now!